1. Both THE EARTH SHIFTER and CATHARSIS are now featured on the top-rated Amazon list for visionary/metaphysical literature, all thanks to your wonderful reviews!

2. THE EARTH SHIFTER Virtual Tour is nearing its grand finale and I have some awesome news about the upcoming giveaway! As you know, I’m giving away ARCHOS TABLET, as well as 2 complete sets of my ebooks.

I’ve decided to add something very special and exciting to my giveaway to thank all of my readers, reviewers and fans for your wonderful support and generosity. In addition to the above great prizes, I am also giving away signed paperback copies of The Earth Shifter, Gold Train and Stepford USA! Each book comes complete with 2 of my new, exclusive bookmarks, and this giveaway is open worldwide!

More about THE EARTH SHIFTER MEGA-GIVEAWAY

Links to all my books: bookstore

In the run up to ‘The Earth Shifter Virtual Tour & Giveaway Grand Finale,’ I want to invite you on a little linguistical adventure in which we’ll explore the fascinating subject of the talking names in literature, and learn some of my secrets…

Lada’s five cents: A VERY revealing and disturbing review of the Hunger Games Trilogy by author M.C. O’Neill, which I happen to agree with: “yes, it’s time to die, but for what?”
To be absolutely honest, the hype around The Hunger Games is – was – very suspect. But… we have plenty of manufactured movie stars and “American Idol” singers, why not manufactured best-selling authors?

I did enjoy the conspiracy theory element, although it’s incredibly disturbing that this kind of a bloodthirsty book has become MANDATORY READING in the US schools, as I’ve just learned. Also, imagine this – what a shocking coincidence! The Hunger Games author, Suzanne Collins, apparently resides in the infamous Newtown, CT (the place of the recent school massacre), as I also found out from this review! But as we know, there are no accidents in life, are there?

A disclosure: I personally just watched the movie, which was very well made and as I understand, was very accurate to the book. After watching it, I wasn’t impressed enough to read the first book, forget second and third. Compare this to Harry Potter by J.K. Rowling: once, I happened to pick up the first book at Barnes&Noble, and having flipped through some pages, went ahead and bought it. Then the next, and the next – when it’s deserved, it’s deserved.

But back to The Hunger Games. I further agree with MC’s assessment of the main character. Alas, Katniss Everdeen is not what you’d call sympathetic. Oh, don’t get me wrong, as an author and a student of human nature, I am first to recognize and understand that reality shapes people’s character, and tough reality makes people tougher. Sure, Katniss has her moments, like volunteering as a tribute to save her little sister’s life…but her blood thirst! Don’t even get me started on Peeta, and how unsympathetic he is! And we are supposed to believe that Katniss has something for him, while there is this absolutely gorgeous, devoted, kind and humane boyfriend, who’s played in the movie by the younger brother of Thor’s Chris Hemsworth  (same genes, you know ;)), waiting for her at home? I don’t know about you, I found this very hard to believe. Unless, of course, in this world humanity and kindness are about as cheap as one’s life. And that’s what our children are reading at school? That alone should make people want to yank their kids out of such school system and homeschool them – again, don’t get me started on the American school system!

Just tweeted, shared on FB & reblogged this review! Read it, it’ll open your eyes!
Incidentally, M.C. O’Neill, author of The Ancients and the Angels, will be a guest at the Vinny Eastwood Show at http://www.guerillamedia.co.nz/ @guerillamedia on 2/18! Check it out!

Didn’t want to do it, but having just completed the Hunger Games Trilogy, I feel compelled to impart my take on it.

Here, I will not give you a definitive answer as to if this omnibus is either, but there are some defenses and suppositions that I would like to examine to these allegations.

Plenty of readers of these books have criticized it as Battle RoyaleWest. And it is. Indubitably. Both works focus on a government-sponsored arcade of child sacrifice. Bloodrite sacrifice. Even President Snow stinks of the red stuff and may even imbibe it. The public loves this spectacle (as do you) and cannot tear their eyes from the screen as teens and preteens eviscerate the shit out of each other… 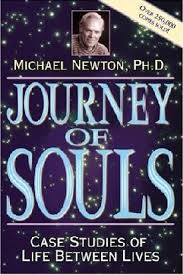 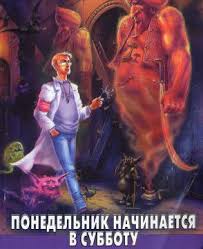 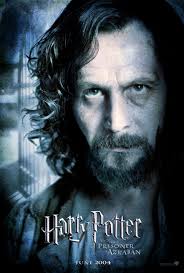