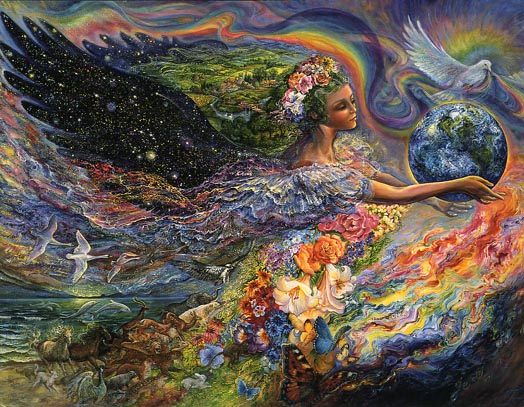 On March 8, I published a very positive, complete with nice pics, article entitled:  Dear Women! Happy International Women’s Day! This article on Lada Ray Blog received quite a resonance, with lots of reblogs and social media shares. While most readers enjoyed it, I also saw that it confused some men to the point that we had to delete one or two angry comments.

One of my long-time supporters Emil Resmann wrote

“Dear Lada, Thank you for reminding me that Women’s Day can and should be something positive!
Sadly in Sweden it is not. Sweden, next to the US, is probably the country worst poisoned by distorted feminism! Swedish society is slowly being destroyed by feminists fighting against men! Every day in the newspaper there is at least one article about how women are being mistreated by, raped or beaten by, or discriminated against by men or by the system! There is almost never a word about the difficulties facing males. Obviously International Men’s Day is unknown in Sweden, as according to Swedish feminists every day is “Men’s Day”!
Having a Thai wife, and one foot in Thailand, some aspects of Swedish society are becoming unbearable to me.
Well, Lada, enough of negativity from my part! Maybe you have some interesting thoughts about western distorted feminism?”

The importance of understanding and making peace with 3D issues

The readers on both of my blogs FuturisTrendcast and Lada Ray Blog are approximately 50% men and 50% women. Similarly, when I wrote my novels, I also didn’t discriminate, like some writers do, by targeting exclusively women or men. The readership for my books was always both men and women. When both sexes resonate with the truth of what I say equally, this denotes a true yin-yang balance, crucial for making peace with our 3D world.

There is a lot of talk about Ascension, which means ascending spiritually and physically into 5D – the Fifth dimension. What most people have to understand (and this includes those who consider themselves spiritual) is that in order to ascend to 5D, we have to SETTLE ALL the karma associated with 3D. This effectively means we have to raise our vibration through wisdom, understanding, knowledge, truth and forgiveness. We have to make peace with everything that bothers us in 3D. This, however, is not the same as wearing rosy glasses or closing our eyes to the ugliness that goes on around us. It means just the opposite: opening our eyes and actively participating in changing the ugliness into beauty.

Some will ask, what happens if you are dealing with ugliness – and it rubs off? What if you yourself become bitter and angry, what if you yourself lose the way? This has happened to some people; this fear is real for a large number of spiritual seekers. This is why so many prefer not to look at the dark side of things, fearing they won’t be able to hold on to the light in them. I met such people, who, in my opinion are only doing themselves disservice by closing their eyes to one half of their reality. We discussed how this works in The Energy is Shifting! Together, We Have Averted the Worst Outcome!

The actual solution is just the opposite: we need to DIVE deeply into the actual situation that causes us distress or trouble, be it internally or externally. This is why I spend so much time writing and speaking about the profound issues, bringing the most hidden secrets and predictions to light. The purpose is to help us all understand what and why is happening around us.

Let’s just say this is the opposite of muddying waters even further with sensationalist fantasies and conspiracy theories not based on true knowledge of circumstances (not to be confused with true conspiracies that do exist around us). When you understand the underlying issues behind any event or behavior, you will not look the same way at it ever again. Such deep understanding, which I usually explain on psychological, historic, geopolitical, karmic (cosmic) and mystical levels, will lead to compassion and forgiveness, which may in turn lead to exalting your Calibration (quantum energy vibration) to the levels of mastery and magic: LOVE and above.

Is it possible to ascend in a small group, when Earth clones itself, while leaving the rest of the unascended humanity behind? Sorry, this isn’t going to happen. Such belief is akin to the beliefs of some religious sects, who think they will be saved, while the rest of the sinners on the planet will go to hell (or stay in it, if you consider hell what’s going on on the planet today). This is the attitude of escapism. The process of Ascension is something our human world has to actively achieve together.

This is why people like myself are here to write and speak about it, in order to help those who are ready to understand the truth, make peace with it. This is called Wayshowing and people who do this are called Wayshowers.

All this is very important, and we’ll get to all the intricacies of it on this blog eventually. At this time, let’s get back to the issue forming an important part in understanding of what I have said above:

is the actualized in 3D enlightened side of the female nature: creative, nurturing, feminine. It has highly balanced yin-yang in a very productive way. Positive, happy, valuing others and herself highly; taking full responsiblity for resolving problems in her own life, but not rejecting help and support, in fact, asking for help and support when needed, while gratefully accepting it.

is the darker, and at times destructive, side of female nature; it is rebellious, angry, protesting – oftentimes rightfully so against injustices, but usually going too far in such protest, or putting the responsibility of such injustices on the wrong shoulders. It is oftentimes a backlash against the historic victimization of women, thus making women unduly masculine. It may accompany a certain gender confusion and it always represents one-sided or unbalanced yin-yang.

As always, the coin has two sides:

(alas, rare on our planet so far) is representative of a fully actualized in 3D enlightened male; this is a courageous, heroic, protective of all life and justice, nurturing and loving in a masculine way, self-sacrificing and yin-yang balanced side of the male nature. None of this has to be flashy, and it can manifest in the everyday reality in a very quiet and unassuming way. In my above-referenced video about Life Creating Calibrations – under Calibration 480-499: Humanity and Compassion – I give an example of a dashcam image of a Russian officer helping an old lady across the street. This, to me, is one of the manifestations of the Sacred Masculine in everyday life.

is the dark and yin-yang unbalanced side of the Masculine duality, based on fear, anger, ignorance and confusion of what this soul is doing on Earth. Survival fear gone berserk is at the root of the problem. Instead of being the guardian responsible for others, such person becomes oppressive or destructive, believing this is the only way to preserve his power, which to him is equated with his very survival. That primal unenlightened belief that it’s kill or be killed taken to the extreme, had caused terrible things to manifest in human history. Male chauvinism is destructive, angry, aggressive, arrogant and disregarding of anyone else’s interests, or life itself.

You can find much more about my Quantum Scale of Calibrations on LadaRay.info.