SOME HUMANS THINK KILLING AND TORTURING THE PEACEFUL AND EVOLVED BEINGS LIKE DOLPHINS AND WHALES IS FUN!

Last year, I did an expose on the brutal and inhumane annual slaughter of dolphins in Taiji, Japan:

Save Our Dolphins! Help Stop Mass Dolphin Slaughter in Japan!

This year they are doing it again! One of the biggest buyers of captive dolphins and whales is #Seaworld.

For every dolphin captured and sold into slavery in Japan’s Taiji #killingbay SEVEN ARE SLAUGHTERED, often with horrible cruelty! Read my above post for more!

The horrible cruelty and greed of these humans add to the already very heavy KARMA of our planet!

I’ll be talking about karma, how it works and how it can be lightened and reversed in the upcoming interview with the Cat’s Eye On the Future show on the Time Monk Radio. Links will be posted on my blog in a couple of days.

Say NO – make them accountable, make them listen! Join TweetStorm!

You can also sign petitions and write to Seaworld, Japan PM and your congressman, as well as various international organizations. Some of the links are available in my above-referenced post. 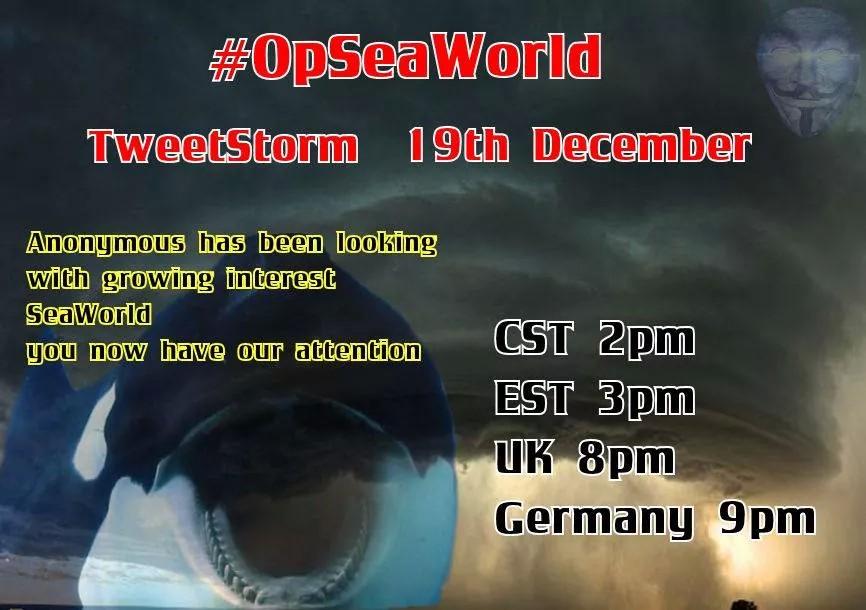 Bad news, the #taiji bastards are driving a pod. #OpKillingBay

#SeaWorld CEO “Our killer whales, our killer whale program, and all of our animals are emblematic of the whole brand” #OpSeaWorld #REALMONEY

the killers go out to kill dolphins…Shame of it! Japan take a look at yourself #OpKillingBay

#SeaWorld can breed enough whales to seed another parks and has big expansion ambitions. #OpSeaWorld

Atchison insists that whales at #SeaWorld enjoy “great lives, full lives” Meanwhile Valium & Xanax are given to the orcas. #OpSeaWorld

#SeaWorld “They are making a great deal of money off the performances of these animals.” quote Naomi Rose, marine biologist #OpSeaWorld

Are YOU aware of the torture that #SeaWorld calls “entertainment”? VIDEO: https://vimeo.com/113804974  #OpSeaWorld #JoinUs on 19th DEC #TwStorm

Related: This must stop! U.S. Navy wargames to kill hundreds of whales, dolphins
A note from Lada:

Examples of mass slaughter of dolphins and whales are found in Norway, Denmark and S. America (Peru primarily), but not on the same scale. My original ‘Save our dolphins’ article, the link to which you can find above, contains lots of links to petitions to sign, EU and world officials’ info, etc.

However, the above examples are peanuts compared to the biggest offenders – the infamous #Taiji #Japan and #Seaworld. What they do amounts to mass genocide and mass torture, uncomparable to others in scale – that’s why we do tweet storms and petitions, etc. They kill thousands every year! If Taiji is stopped and if Sea World is stopped too, they may have to close down the shop and hopefully we can save the majority of dolphins and whales, or at least many.

Japan’s Taiji dolphin-killing-machine is also known for its especial cruelty. The story someone told me is terrible. One of their practices is (I can hardly write it)… to catch a baby dolphin, cut off one of its fins and throw it back into water. So, when the rest of the family swims to the crying baby, refusing to leave it and trying to protect it, the killers take their sweet time slaughtering them one by one. And as I said, every dolphin sold into slavery to one of these wonderful European aquaria means 7 killed dolphins and countless babies left without mothers, or mutilated, with their fins cut off.

Please help us stop this!

Also, please make sure to read my newest article: